The Koran and the IMAM — MARCH 9

To  Muslims, both Sunni and Shiite, the Koran is considered a sacred object inscribed with the actual words that were spoken to the prophet Muhammed by Allah through the Angel Gabriel. To over a billion Muslims, these words dictate all aspects of their life, both spiritual and  secular. To approximately 1.6 billion Muslims, the Koran and Islam are inseparable, with the words of Allah contained in the Koran having  worldwide significance for Muslims and non-Muslims alike when they are ascribed to political and aggressive actions.

On Wed., March 9th, in USFSM’s Selby Auditorium, Einstein’s Circle will host a discussion between Imam Azhar Subedar, a prominent Imam and Robert Gary, a non-Muslim former Federal Prosecutor.  Mr. Gary will engage Imam Subedar, a recognized Islamic scholar, in a mutually respectful dialogue, illuminating  passages, statements and commands that from a Western, non-Muslim perspective are problematic.     (Pre-registration is encouraged.) 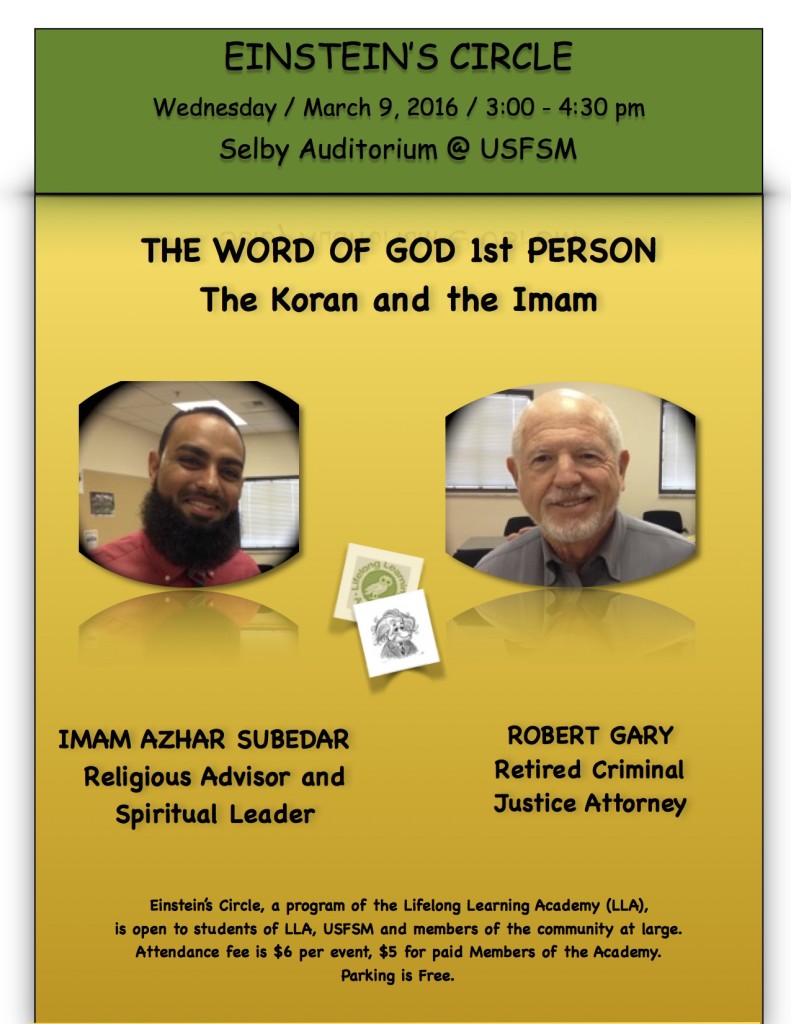 Einstein’s Circle for LLA at USFSM